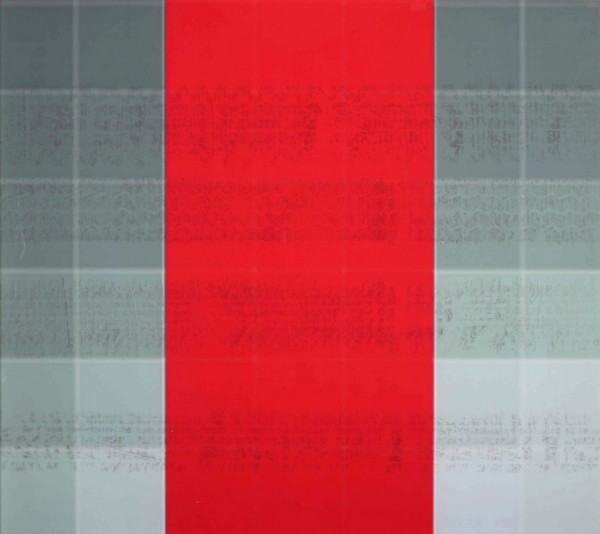 This section of print is the result of enlarging a Google satellite photograph of the actual border-line between Zimbabwe and South Africa, demarcated in red, to a scale of 1:1 with the reality on the ground. The border cuts through the middle of the Limpopo River and bisects two bridges spanning the river at Beitbridge. At the point where the border-line crosses the bridges these large-scale prints were laid out to correspond with their correct geographical locations. So that if someone were to look at the prints in situ from the Google satellite, they would appear invisible. At this scale each pixel on the original image was increased to about 20 cm in size on the print. Cross-border traffic left its marks on the final work.

The idea comes from Jorge Luis Borge’s idea of 1:1 maps in his story ‘On Exactitute in Science’, which describes an empire whose cartographic skills had developed to the point that only full-scale maps would suffice. This story, in turn derives from English writer Lewis Caroll’s Sylvie and Bruno Concluded in which a map had a scale of a mile to a mile, and it is noted “we now use the country itself as its own map, and I assure you, it does nearly as well.”

[Thanks to Rodan Kane Hart and Steph Venter] 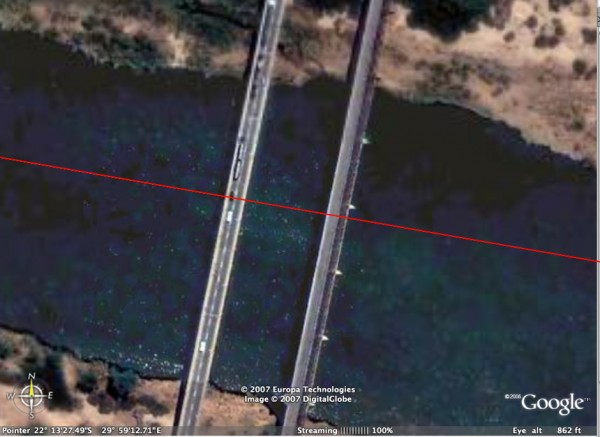 One of the prints in situ

One of the prints in situ. The print was torn by passing traffic.
image by Steph Venter