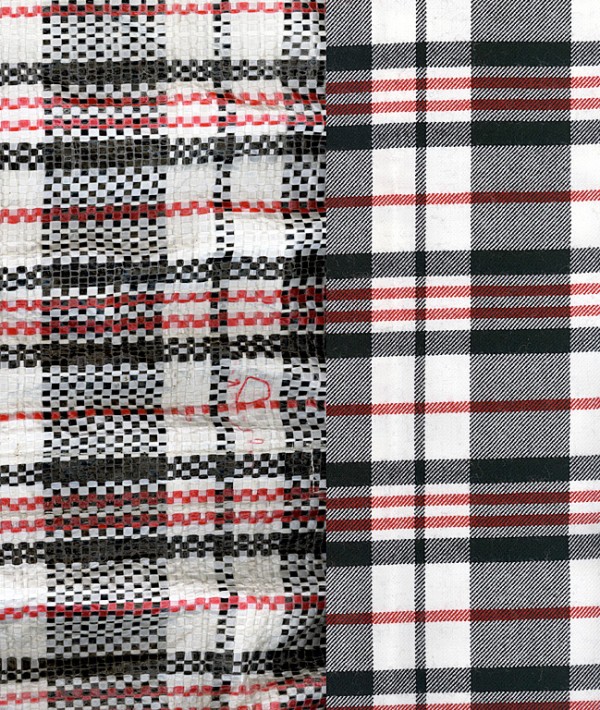 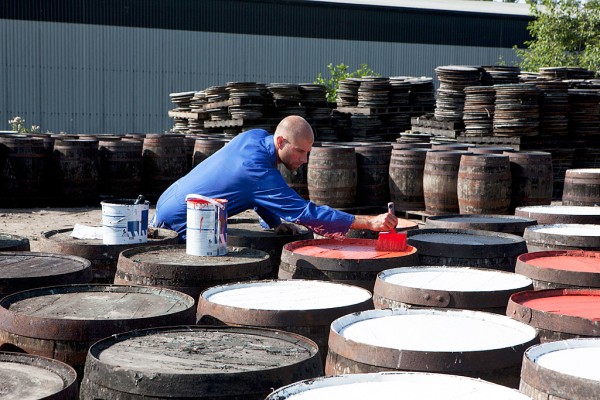 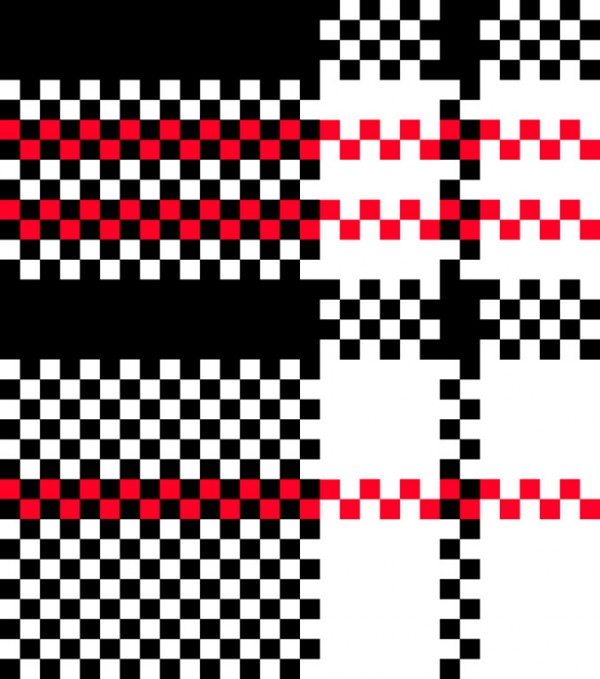 One repeat of the pattern

One repeat of the pattern 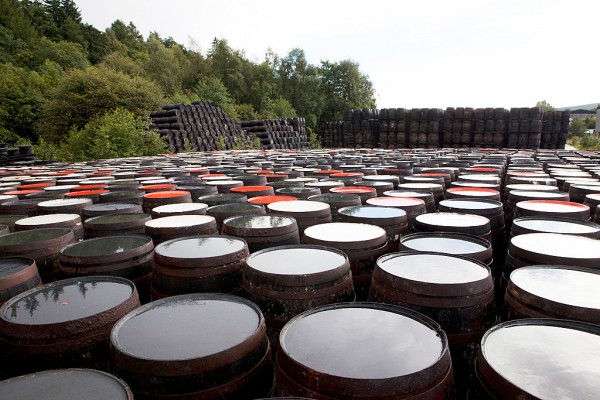 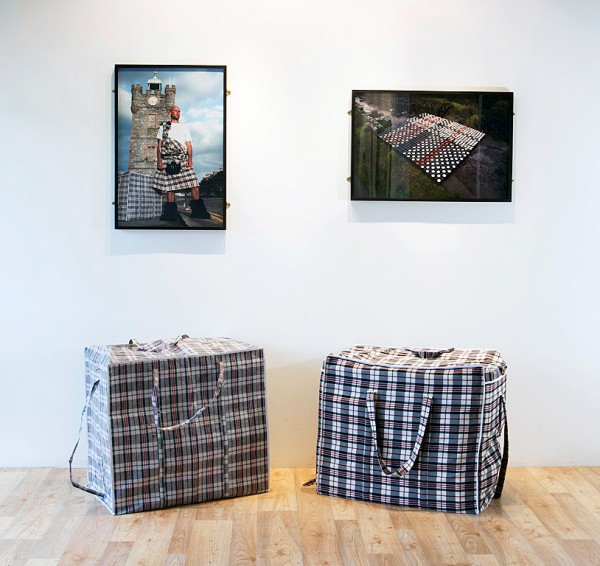 Installation at the Glenfiddich Gallery. The bag on the right is made from the tartan fabric.

Having worked with the Chinese-made plastic-weave bags that have become synonymous with refugees around the world, I was interested in investigating the tartan pattern found on these bags. Furthermore I wanted to make connections between this and the famous Scottish tartan.

I commissioned Johnstons of Elgin, a well-known manufacturer of tartan in the area to help me to translate the cheap plastic-weave from the bags into a high-end tartan fabric – a refugee or immigrant tartan.

In the North East of Scotland there is a dialect called Doric, and a common expression is ‘furryboots ye fae?’ meaning ‘whereabouts are you from?’

So to personify the expression, and being a foreigner, I posed in some furry boots, a furry sporran made of seal fur, and a great kilt made from the immigrant tartan fabric in the centre of Dufftown.

I also worked on another project that involved using whisky barrels situated at Glenfiddich’s cask compound. These barrels come from the bourbon industry in America and the makers of sherry in Spain.

I painted 1020 of these barrels to create a large scale installation based on one repeat of the pattern in the bag’s weave. Using each barrel to form one stitch in the weave, I produced a massive version. Visible from an aerial perspective, this map could be seen by Google maps, and possibly by aliens not of this earth. 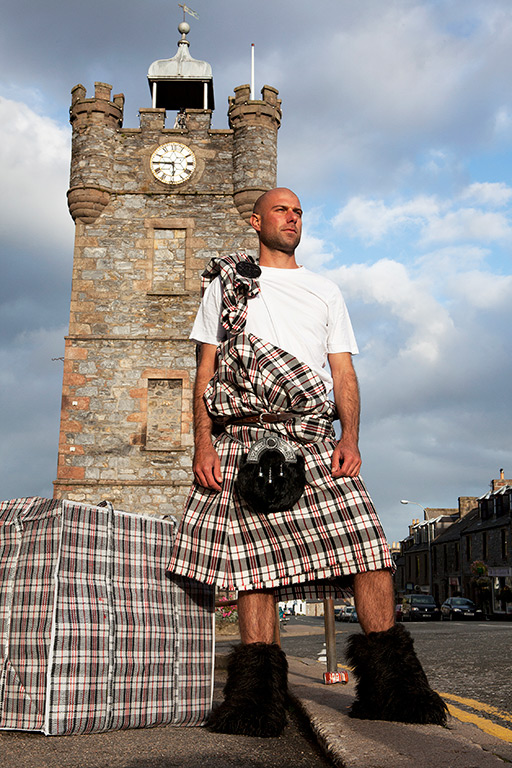 In that northeast of Scotland the local dialect is called Doric. And in that dialect ‘Furry boots ye fae?’ means ‘Whereabouts are you from?’

This was part of a project done during a residency at the Glenfiddich Distillery in Dufftown, Scotland.