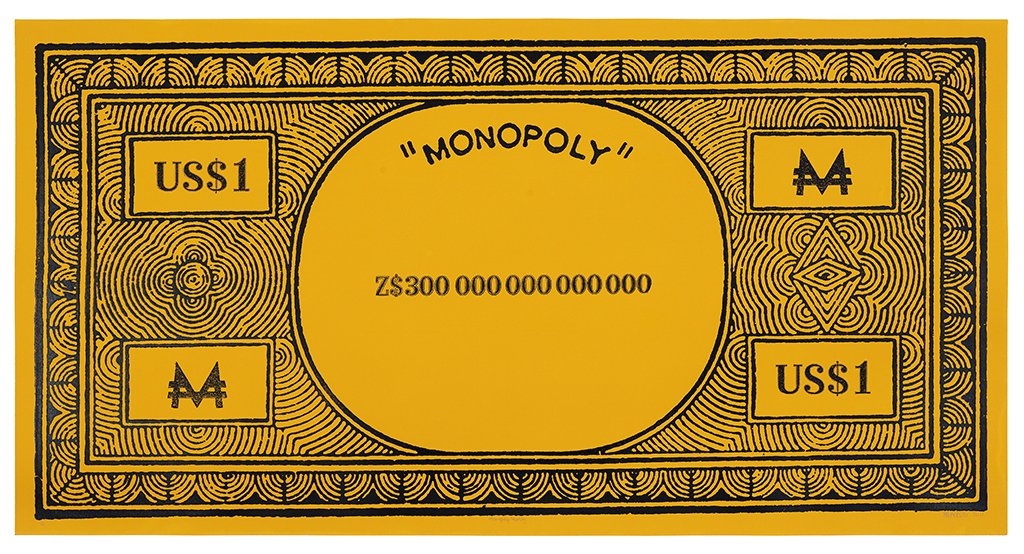 ‘Monopoly money’ can mean money that is worthless. In Zimbabwe hyperinflation caused the government to print ever-larger banknotes culminating in a Z$100 trillion note. On the 2 February 2009 the black market rate for US$1 was about Z$300 trillion. This history is currently repeating itself as Zimbabwe is printing new banknotes that are following the same pattern. People have to trust in money in order for it to be able to function as a currency.