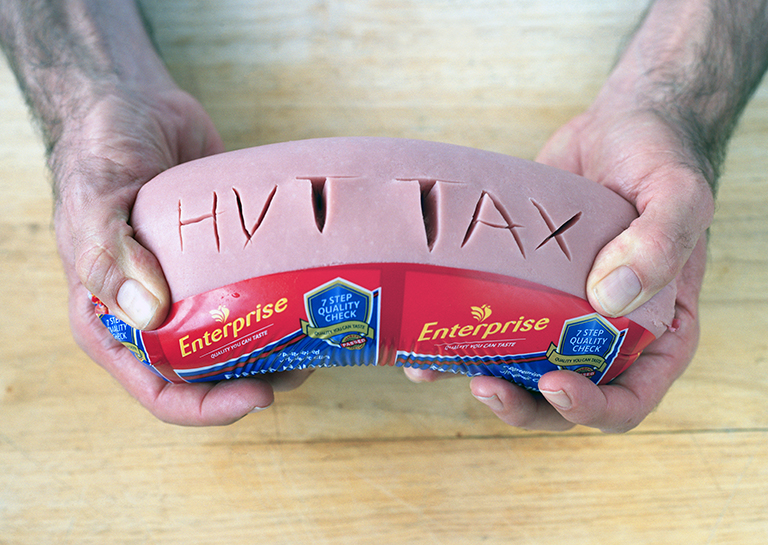 This image shows me holding an Enterprise brand polony that has been partly unwrapped and has the words HUT TAX cut into the meat, which is the same colour as my skin.