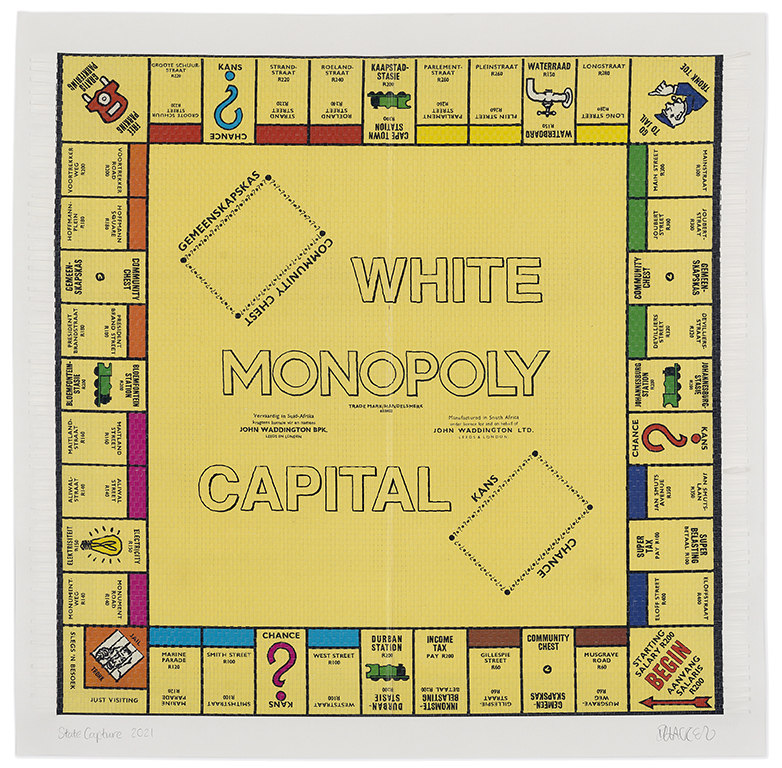 The controversial term ‘White Monopoly Capital’ became widely used during Jacob Zuma’s presidency in South Africa. While the phrase certainly existed before and describes apartheid South Africa quite aptly, it is debatable how applicable it was to the situation then. At the time the Gupta family was accused of corrupting Zuma and effectively capturing the state. In fact it turned out that ‘White Monopoly Capital’ was used as part of a concerted attempt by British public relations firm Bell Pottinger to defect attention away from the investigation into the ‘Zuptas’ and stoke racial tensions. This campaign led to Bell Pottinger’s bankruptcy in 2017.

I added the words ‘WHITE” and “CAPITAL” to a vintage South African Monopoly board (with the old South African locations) so that it now reads ‘WHITE MONOPOLY CAPITAL’.