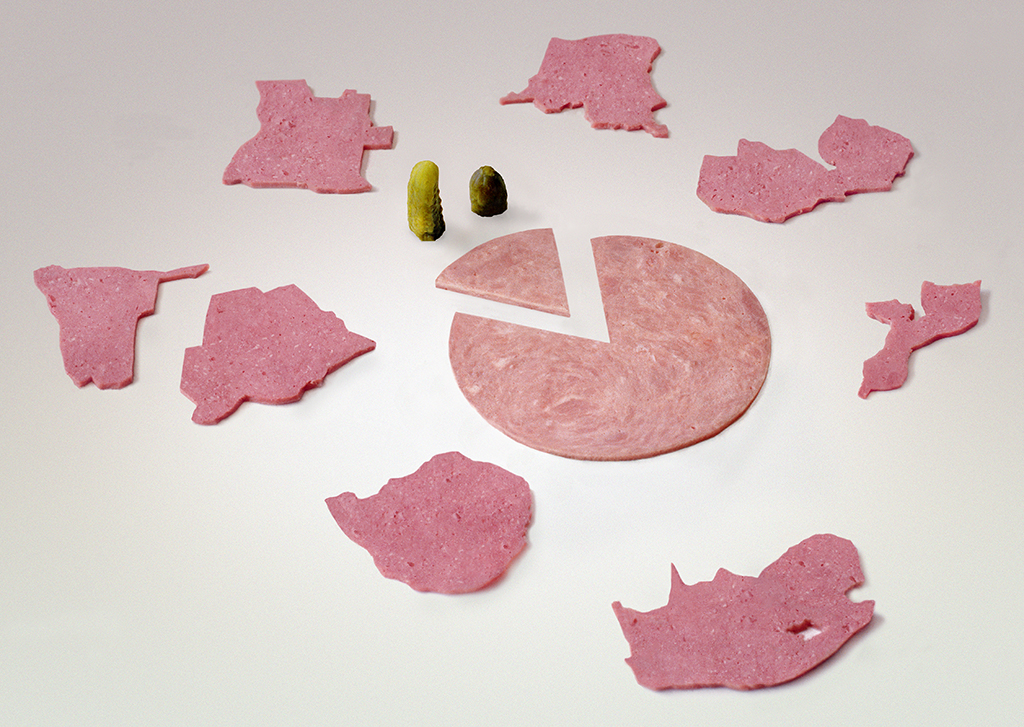 Polonialism: At The Colony Shop

Polonialism: At the Colony Shop (after Fischli & Weiss) 2021 Photo by Garth Meyer

In 1979 the Swiss artist team Fischli and Weiss began their long collaboration with the “Wurstserie,” composed of photographs documenting fanciful scenes featuring sausages and other meat products. Here an assortment of cold cuts become piles of rugs, while a trio of gherkins become discerning customers in a “carpet shop.” In playing with their food in this imaginative way, Fischli and Weiss produced a scene that is wonderfully silly and cleverly irreverent in its gleeful transgression of one of the cardinal rules of childhood.

My version shows gherkin customers considering a slice of meat representing the colonial powers dividing up Africa. Scattered around them are slices of polony shaped like countries in southern Africa.