This project was sponsored by Pro Helvetia and was a collaboration together with Zimbabwean artist Lionel Mbayiwa and South African photographer Ray du Toit.
Beitbridge Polite Force Truck Queue at the Border 2021 video 15’46”

In 2002 South African artist Christian Nerf performed the first iteration of his artwork Polite Force (see: https://a4arts.org/Polite-Force-1). The work includes uniforms that can be worn by different participants who then perform as a Polite Force in various settings. Volunteers are welcome to put on the gear and join the group whose task it is to be as helpful as possible to strangers. This can be offering advice, help with moving or doing things and so forth. It is a free service helping to facilitate another person’s daily activities.

I received Nerf’s permission to activate a Polite Force performance at the Beitbridge border between South Africa and Zimbabwe. This border is notoriously busy and difficult to negotiate. As a key transnational route for goods and people, corruption there is rife. It is also an area where countless illegal immigrants from Zimbabwe have crossed into South Africa looking for a better life. The Beitbridge border post has a hostile reputation. We set out to make the experience as pleasant as possible for people during our performance.

Working together with Zimbabwean artist Lionel Mbayiwa and South African photographer Ray du Toit, all three of us were active performers wearing the Polite Force gear with extra outfits for other willing participants. The work sought to show a contrast with policing behaviors that often antagonize people causing them to fear the authorities.

Approaching the border there was a lengthy line of trucks stretching for almost 10km waiting to cross into Zimbabwe. A recent upgrade on the Zimbabwean side now required that the truck drivers pay an additional toll in US dollar cash and the rate of processing the trucks was incredibly slow. Drivers were queuing for days, often without food, water and access to ablutions. Taking advantage of the situation, vendors on foot and bicycles were catering to those who could afford it. The truck drivers were disgruntled and exhausted. It was a good setting for a Beitbridge Polite Force performance.

We set about buying water, fruit and snacks in bulk. Then we geared up in Polite Force uniforms including branded T-shirts, bulletproof vests and caps. We attached a GoPro camera onto my vest like a police body-cam. Ray equipped himself with a steady-cam rig while Lionel took the lead in the performance. In this way we documented Lionel and myself making our way down the line of trucks offering fruit and water to the drivers. We were polite and courteous to the drivers, and we asked some of them a few questions about their journeys. Most were happy to receive the free goods, some were slightly incredulous or confused by it and there were one or two with suspicions – mainly due to the fact that we were filming. On the whole I believe they were grateful for the encounter and the performance felt like a success.

Outside the police station in Musina we found the Prinsloo family living in an old Fiat Uno. In this case Lionel attached the GoPro to his vest and Ray documented him interacting with the people in the car. The Prinsloos were very chatty and seemed grateful for the complimentary goods. They explained how they had come to be in their current situation, having initially also started out from Cape Town some years ago. They were curious about our project and excited by it.

We were also able to film some other performances in different settings. In one instance we filmed at a roadside stall in Nancefield township where some Zimbabweans were selling snacks. We enlisted them as volunteers providing them with Polite Force T-shirts and caps and purchasing some of their wares in order for them to be freely distributed to passers-by. We also filmed some footage closer to the Limpopo River where people were making their way illegally across the border. In one case we flagged down a pickup truck full of Zimbabweans who had just made their way illegally across the river. To their relief we were not police officers and they appreciated the snacks and water we had to distribute among them. The ease of this illegal movement was in sharp contrast to the queue of trucks waiting to cross the border legally. 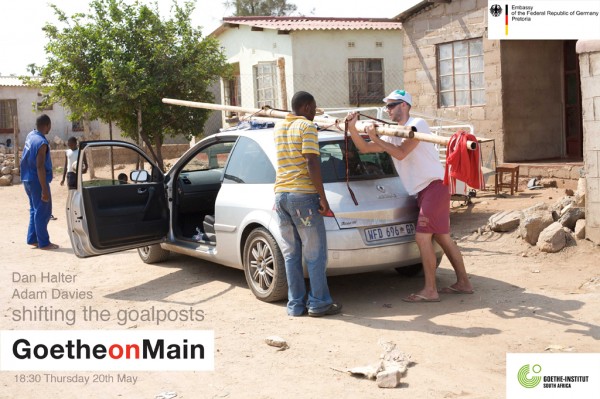 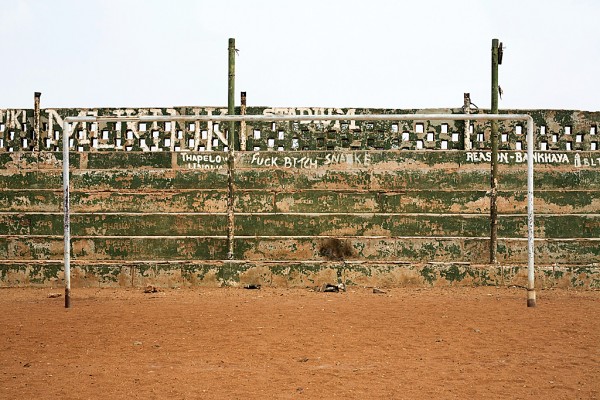 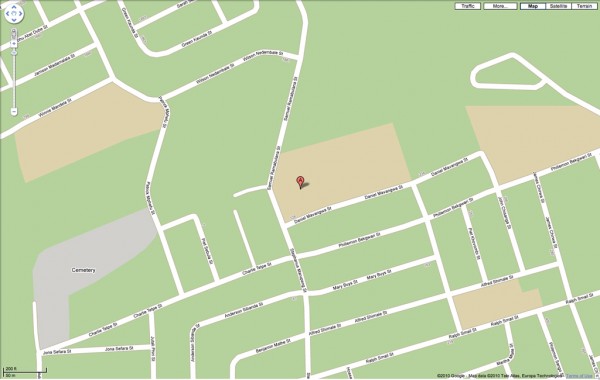 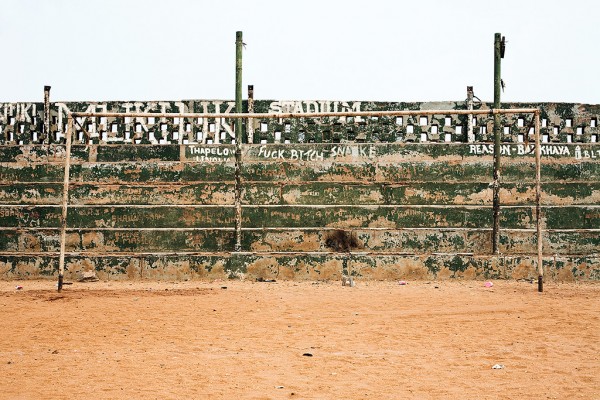