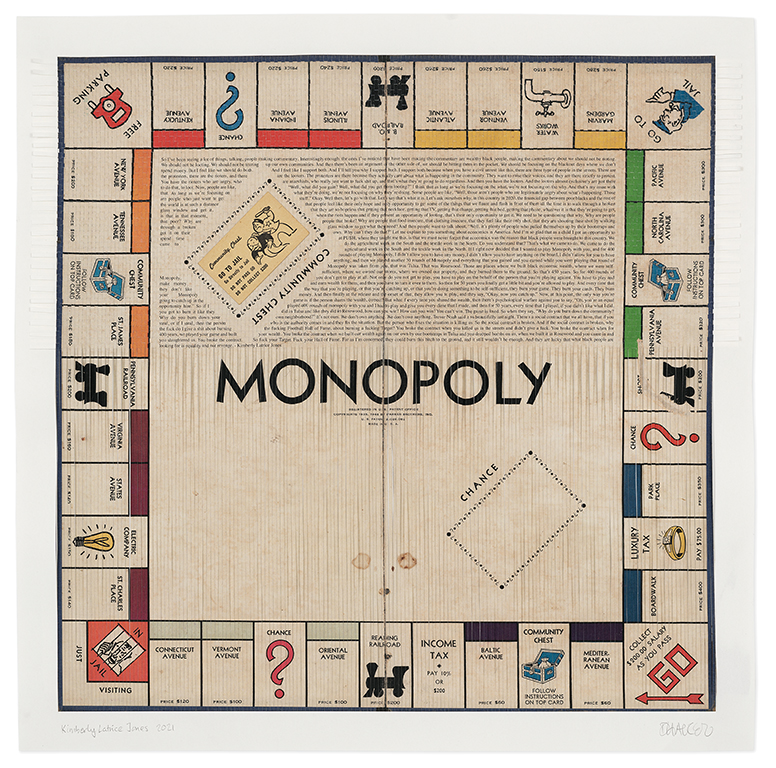 After the death of George Floyd at the hands of police officers in 2020 there were widespread protests under the banner of Black Lives Matter. While interviewing protesters in Atlanta, Kimberly Latrice Jones recorded a 7 minute video that later went viral. She uses the game of Monopoly as an analogy and also talks about the social contract.

I have added the transcribed text from her video onto a vintage American Monopoly board (the original Atlantic City version). The text is as follows: