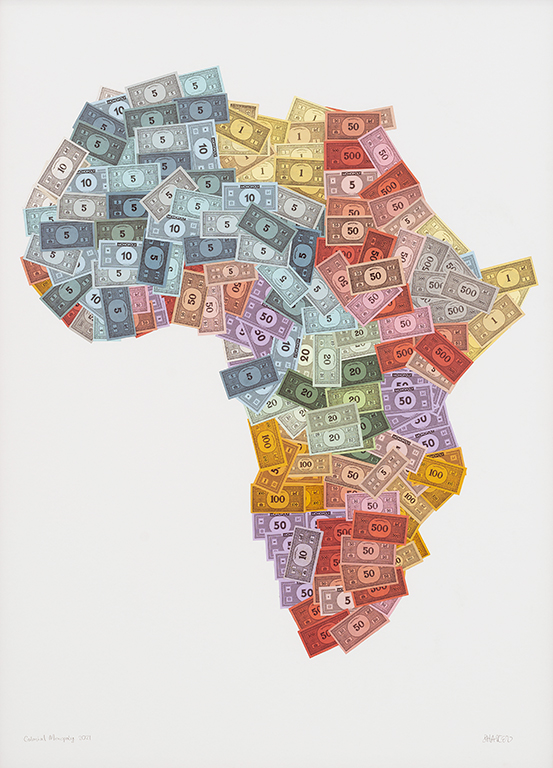 This map of Africa shows how the continent was divided up by the seven European colonizers during the Scramble for Africa. It also shows the two regions, Liberia and Ethiopia that were never colonized. The legacy of colonialism in Africa still haunts the present day. 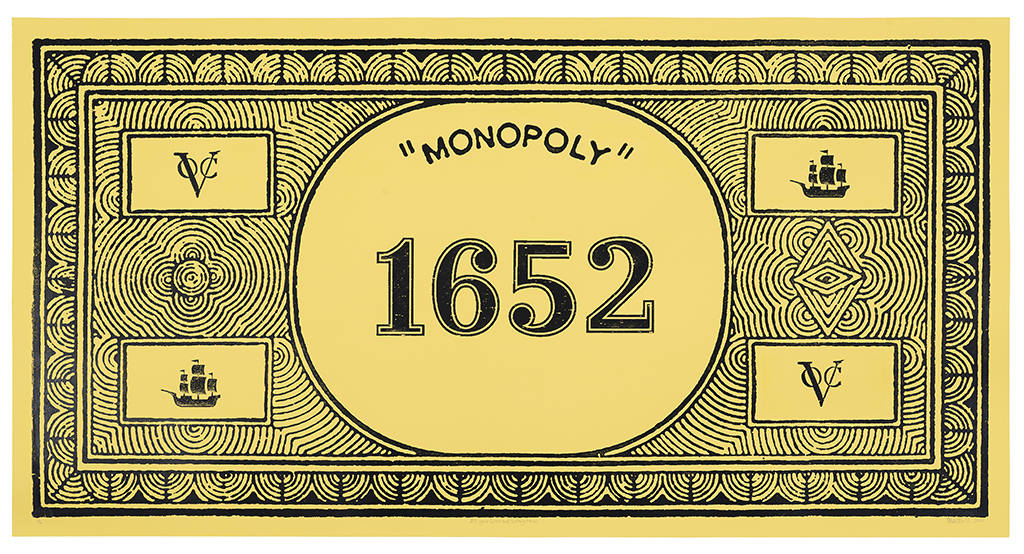 All your base are belong to us

All your Base are Belong to Us 2021 Relief print with Silkscreen on Fabriano Artistico, hot pressed, 300 gsm (Published by South Atlantic Press) 67 x 126 cm

The Dutch East India Company (VOC) was the world’s first multinational corporation and the largest that ever existed. It lasted for almost 200 years and reigned supreme over the world’s sea trade with a monopoly on various commodities such as spices. In 1652 traders from the VOC established the first European colony in South Africa under the command of Jan van Riebeek. In due course this led to the European settlers monopolizing the land and wealth there and implementing the system of apartheid. 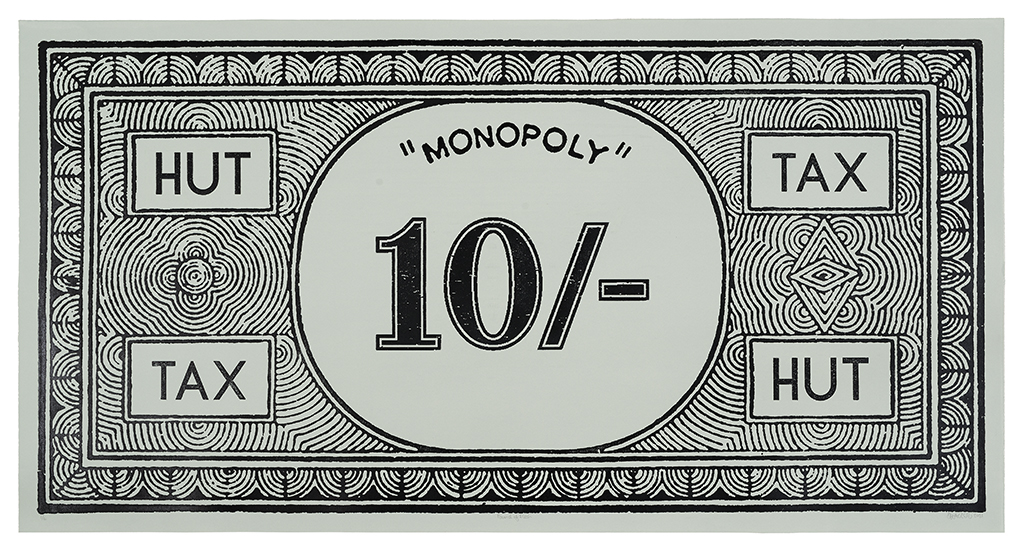 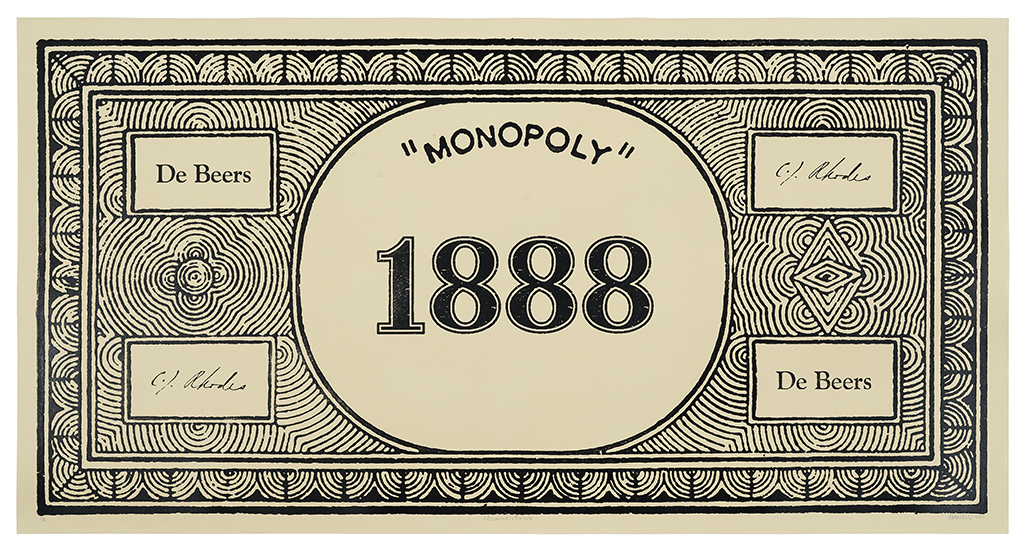 A Diamond is Forever

Cecil John Rhodes was a sickly child who was sent to South Africa in the hope that the climate there would improve his heath. Not only did his health improve but he went on to become fabulously rich from the diamonds in Kimberley. The company he founded, De Beers created a monopoly on diamonds that lasted from 1888 until the start of the 21st century. With this wealth Rhodes went on to annex Zimbabwe (it was named Rhodesia in his honour) and dreamt of colonizing Africa from the Cape to Cairo. De Beers famously created the market for diamond engagement rings using the tagline ‘a diamond is forever’. 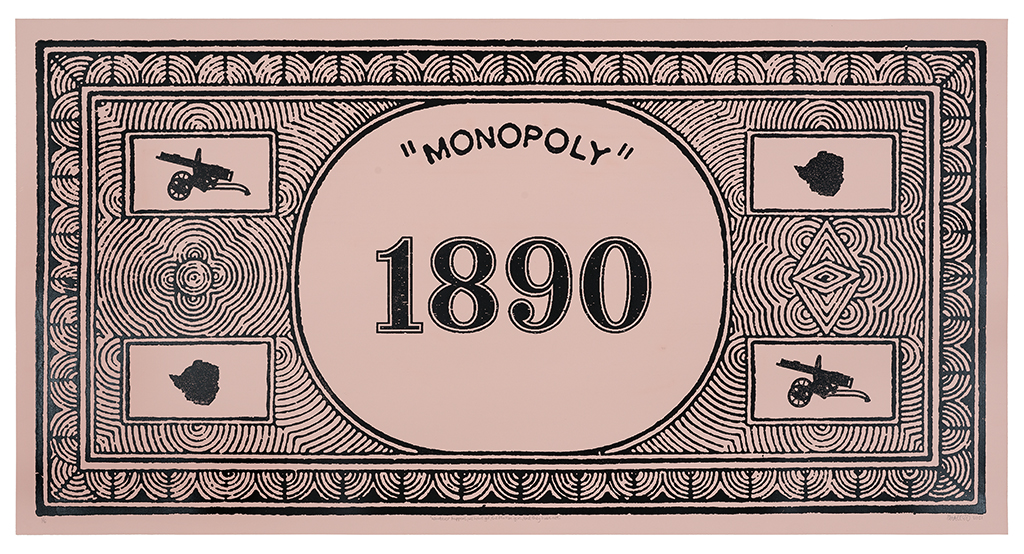 ‘Whatever Happens, We have got, the Maxim Gun, and They have not ’ 2021 Relief print with Silkscreen on Fabriano Artistico, hot pressed, 300 gsm (Published by South Atlantic Press) 67 x 126 cm

This title is a quote from The Modern Traveller (1898) by Hilaire Belloc. This satirical poem lampooned the European explorers in Africa and the colonialists with their idea of European superiority. The Maxim gun was an early machine gun that helped colonial expansion in Africa by effectively outgunning the local warriors. During the First Matabele War in Rhodesia, 700 soldiers fought off 5000 Matabele warriors with just 5 Maxim guns. 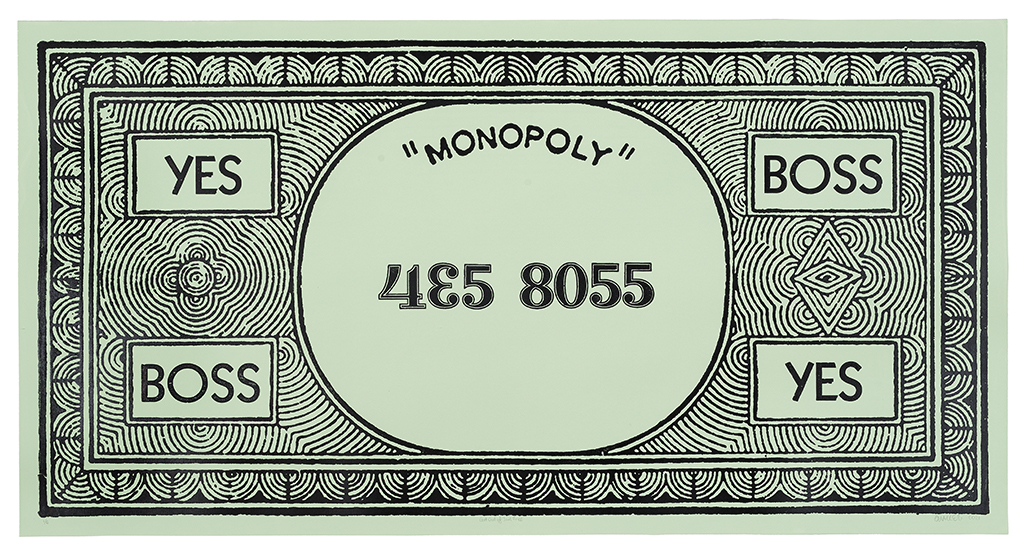 Get Out of Jail Free

4,358,055 is a number that can also be read as a word, in this case: YES BOSS (435 8055). The deferential phrase ‘yes boss’ or its Afrikaans equivalent ‘ja baas’ can still be heard in Zimbabwe and South Africa being said by black people in response to white people. This is a hangover from the master – servant dynamic of years of racial discrimination. Money has always been boss.