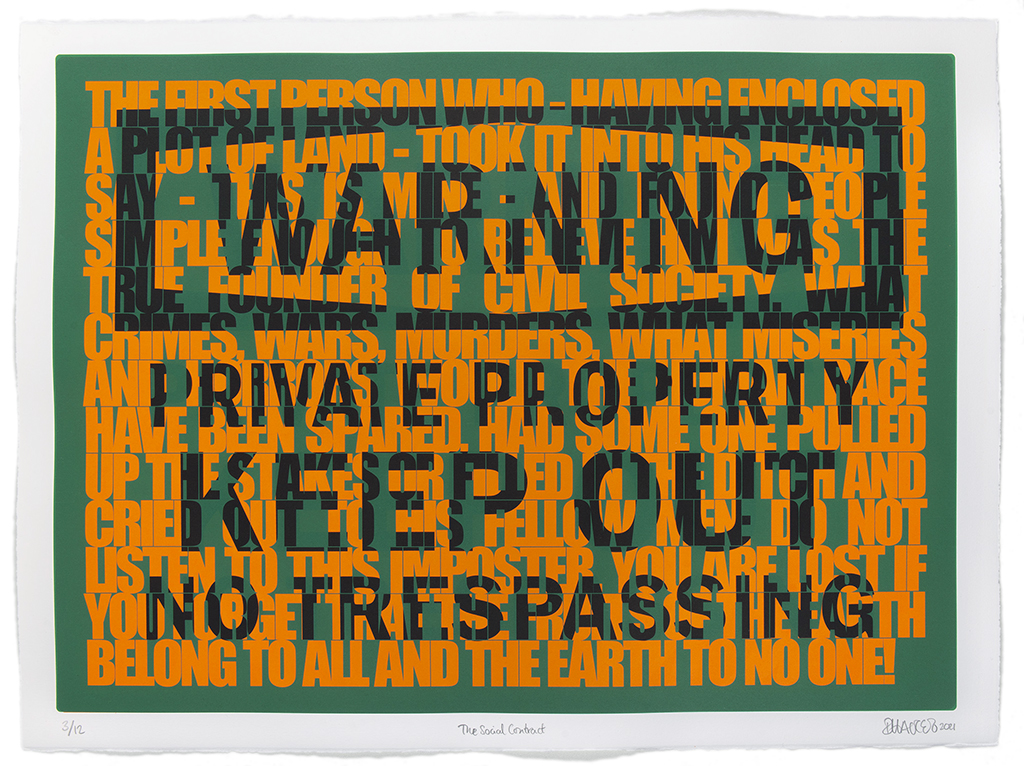 The idea of how we lived before civilization is contested between philosophers Thomas Hobbes and Jean-Jacques Rousseau. Hobbes believed we behaved like savages and the civilizing influence of government saved us from a wretched existence. Rousseau on the other hand thought that we used to live much more harmoniously in an equal society at a time before land ownership. These ideas can be found in his book The Social Contract (1762).

The text making up the NO TRESPASSING sign reads:

The first person who, having enclosed a plot of land, took it into his head to say, ‘This is mine,’ and found people simple enough to believe him, was the true founder of civil society. What crimes, wars, murders, what miseries and horrors would the human race have been spared, had someone pulled up the stakes or filled in the ditch and cried out to his fellowmen, ‘Do not listen to this imposter. You are lost if you forget that the fruits of the earth belong to all and the earth to no one!’