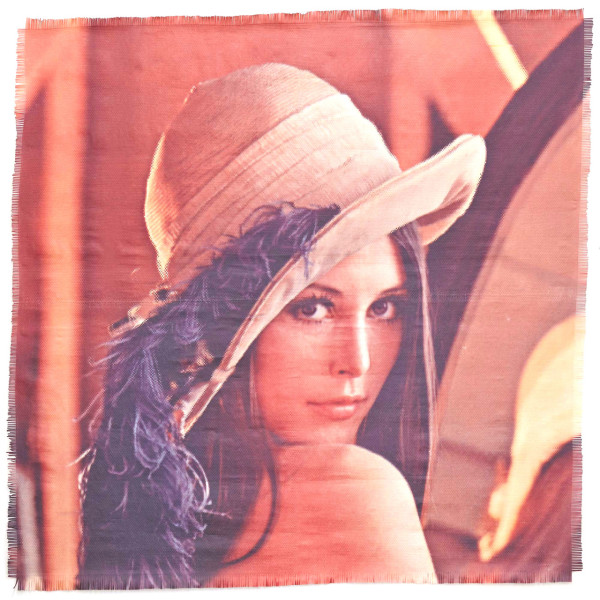 Lenna is a standard test image whose rise in computer nerd popularity led her to become the first JPEG compression file ever created. The picture was chosen spontaneously in 1972 when engineers were searching for a high gloss image of a human face and someone walked in with an issue of Playboy. The tech engineers couldn’t resist and so the photo was cropped and scanned at the University of Southern California image processing lab and Lenna went on to become a staple of the imaging and later digital imaging world.

Lena Soderberg posed as a centerfold in the November 1972 issue of Playboy. Notorious for enforcing copyright laws, Playboy has ignored the excessive copyright infringement of the 512 x 512 pixel image. In May 2006 the company reported the Soderberg issue as the best selling Playboy of all time.

In 1988, she was interviewed by some Swedish computer related publication, and she was pleasantly amused by what had happened to her picture. That was the first she knew of the use of that picture in the computer business.

Ideas are brought into our everyday lives, much like viruses. They gain an identity and a history, we either coexist or let them extinguish. Lenna will inevitably live on as an iconic representation of the most widely used image format of all time.