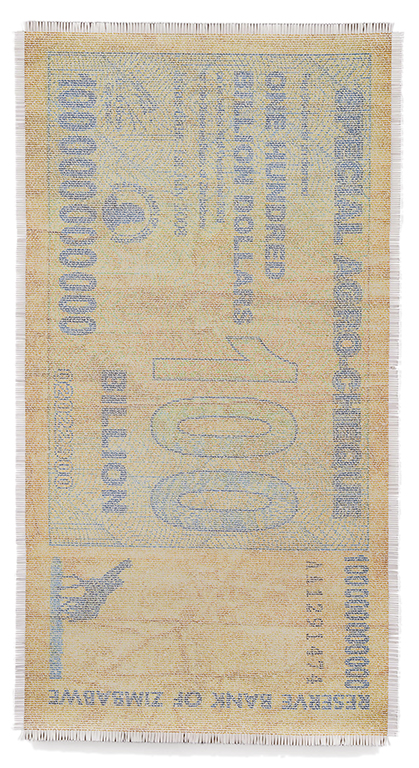 Z$100 Billion Agro Cheque made out of the entire text from George Orwell’s Animal Farm.

As the economic crisis in Zimbabwe began to escalate in the early 2000s the government clamped down on the freedom of press leading to the bombing of The Daily Mail in 2001. As a response the paper published Animal Farm in daily instalments. (see: https://www.pressreader.com/south-africa/mail-guardian/20170203/281861528235847)

With the resulting hyperinflation the government kept printing ever-larger denominations of banknotes. In 2008 they released large denomination Special Agro (Agricultural) Cheques for farmers. With the exponential rise in food prices, these Agro Cheques made their way into general circulation. The Z$100 Billion Agro Cheque was the largest note in the second series of the Zimbabwean Dollar. It shared the record for the most number of zeroes depicted on a banknote with the Yugoslav 500 Billion Dinar note of 1993, up until 2009 when Zimbabwe issued even larger denominations. 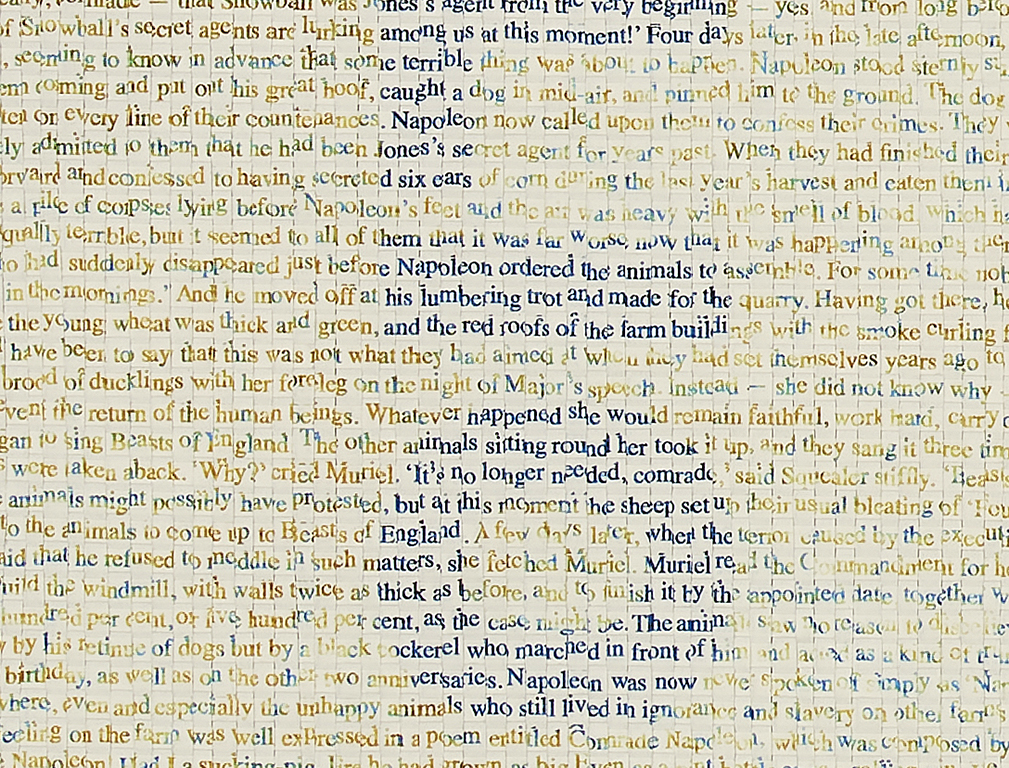