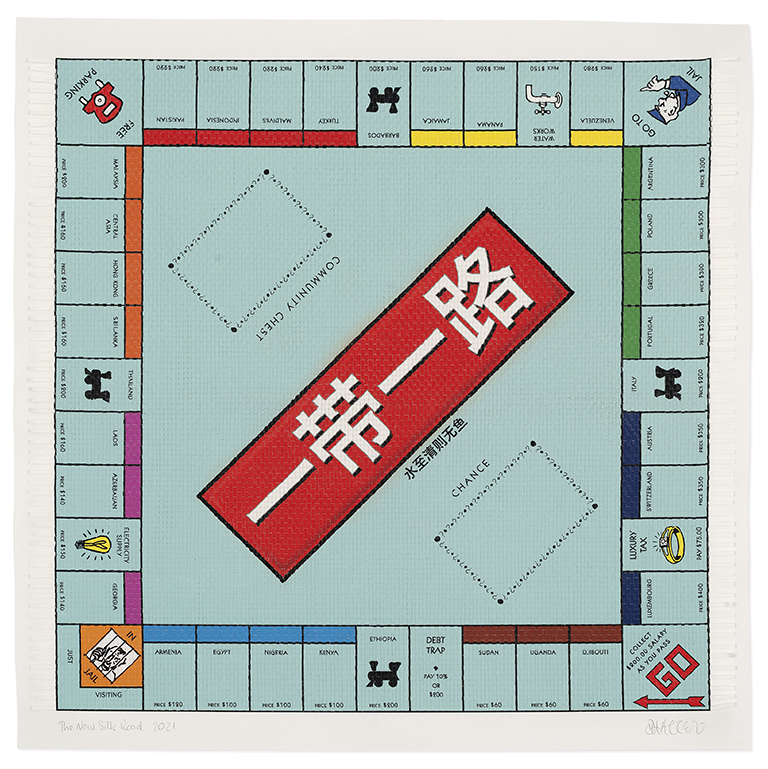 China’s Belt and Road Initiative is building infrastructure around the world to facilitate Chinese trade. This new trade route can be seen as extension of China’s new ambitions as a global superpower. It can also look like a form of neo-colonialism in some of the poorer countries as they may end up in a debt-trap with China. The countries making up the locations of this board game are those involved with the Belt and Road Initiative (formerly known as One Belt One Road).

Instead of the word Monopoly at the centre of the board, the Chinese characters spell out ‘Belt and Road Initiative’. Underneath that is a Chinese proverb that translates as ‘in clear water you catch no fish’. This expression refers to the idea that one can profit from chaos.