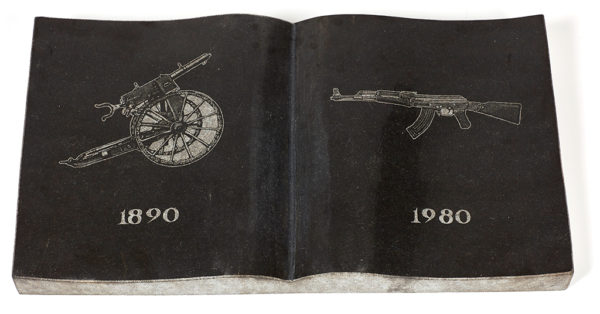 The Maxim gun was used by a small number of settlers to colonise the country they then called Rhodesia. 90 years later after a war against the colonial masters fought with the help of another weapon – the AK-47 the country became Zimbabwe. These two guns can be seen as bookends for the colonial time of Rhodesia and this is its tombstone.

Thanks to Pro Helvetia 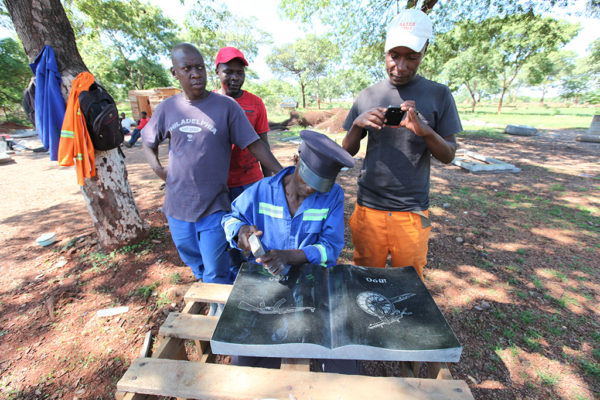