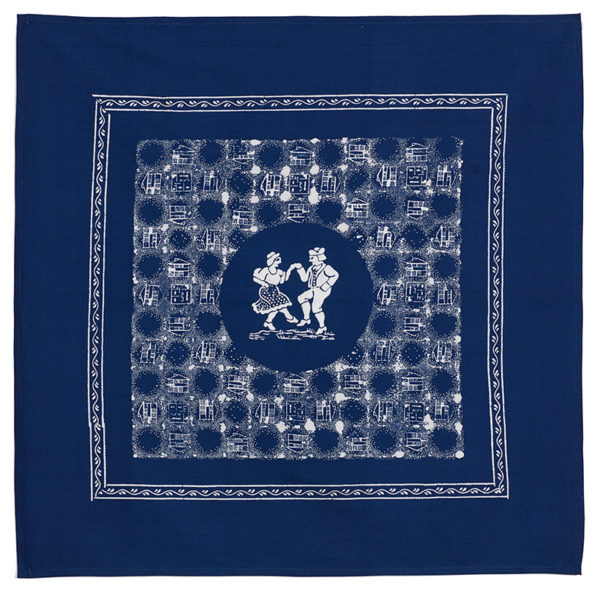 ‘Shweshwe’ cloth is also known as ‘German print’, ‘sejeremane’ in Sotho, ‘ijeremani in Zulu and ‘ujumani’ in Xhosa after 19th century German and Swiss settlers who imported blaudruck (blue print) fabric. They used it for their clothing and helped entrench it in South African culture.

My grandfather came from Switzerland in the 1930s and settled in Zimbabwe where he built the house that I grew up in and where later, my parents were attacked by a gang of thieves. They were beaten black and blue with golf clubs and left Zimbabwe soon afterwards.

In October 2017 I was invited by CAT Cologne to do a residency in Germany. I was fortunate enough to work in Einbeck at the oldest factory in Europe still producing blaudruck, founded in 1638.

Using the blue print (blaudruck) of the house my grandfather built and stylised bruises (bruise as blue print), I designed my own blaudruck. I also used my fingerprint as in element in some of the patterns as it evokes a crime scene and puts me into the picture. 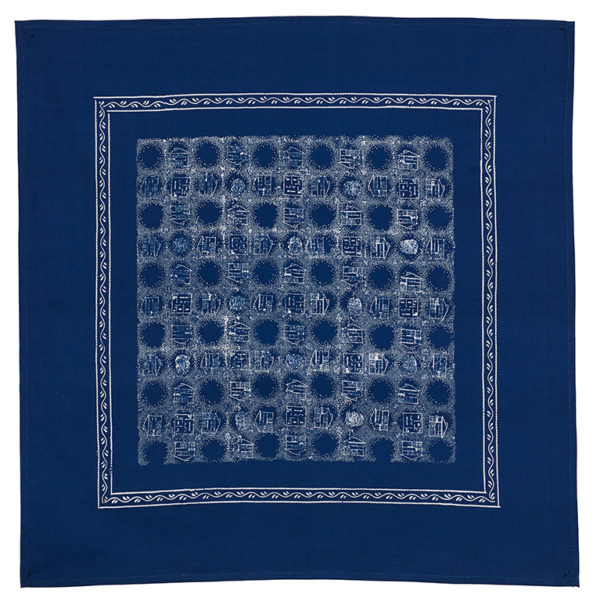